Did you know that Americans own nearly half of the world’s guns? A little bit of math will tell you that that’s approximately 120 firearms for every 100 U.S. residents. So, that works out to about an estimated 393 million firearms in the U.S. Of course, that figure excludes the guns owned by the police and the military.

Well, that’s fine and dandy. After all, the Second Amendment protects the right of people to keep and bear Arms.

However, here’s the thing: every year, thousands of weapons become unwanted. There could be many reasons for this. Ultimately, though, what everyone wants is a safe, reliable, and trustworthy partner to entrust those unwanted firearms to.

Reduce the number and availability of guns

At the end of the day, gun buyback programs’ ultimate goal is to get unwanted and unneeded guns off the street. Of course, just getting guns off the streets does not directly correlate to gun violence or even any kind of violence.

However, let’s remember the basic principles of supply and demand. One could say a decrease in gun ownership and availability would naturally increase the difficulty or cost of obtaining weapons.

Don’t just take our word for it. Instead, here’s one of the many studies that shows a “robust correlation between higher levels of gun ownership and higher firearm homicide rates.”

It’s no easy feat getting rid of your guns when you no longer want them. Obviously, you can’t just throw them in the bin and take them out during trash day. You also just can’t leave guns in the trashcan at the park.

Gun buybacks offer you a solution to this conundrum. Buybacks give you an easy, efficient, and safe way to dispose of your unwanted firearms.

For instance, Fifty50’s Foreverhome is a Federally Licensed Manufacturer. Foreverhome has the necessary training, expertise, and knowledge to safely handle, dispose, and destroy any unwanted firearms. The gun pieces are then used for peaceful purposes such as art, recycling, and other safety programs. 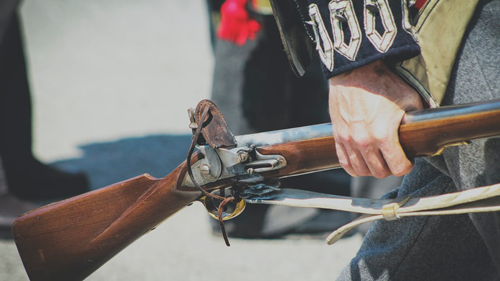 Gun buybacks are also a great opportunity to raise awareness on gun violence in the community. In addition, they also create and start a dialogue for people with different views and perspectives.

If you ever need to dispose of your unwanted guns, remember that Fifty50’s Foreverhome gun buyback program can help you to do so effectively and safely. Contact us now for more information.